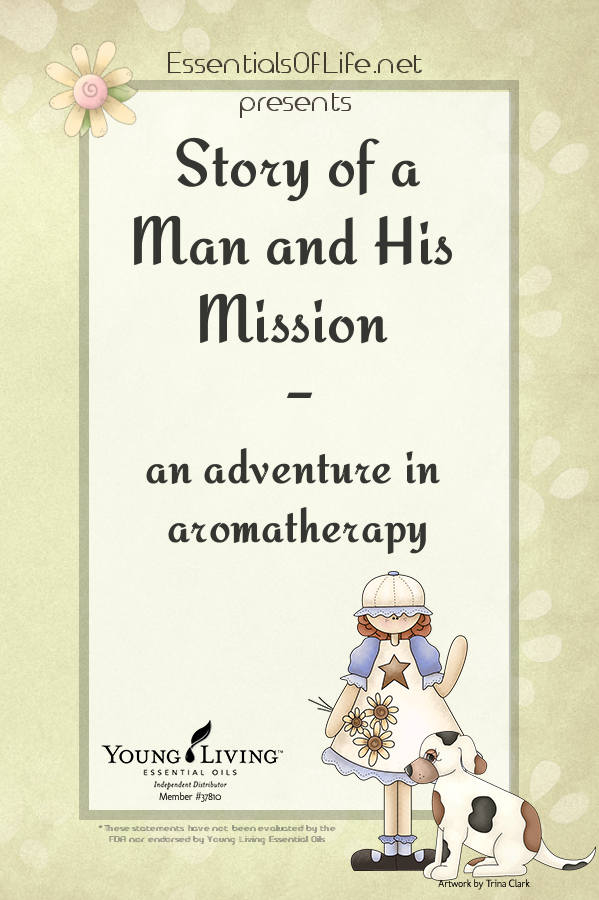 The Story of a Man & his Mission

"I am grateful to my Creator for giving me a second chance at life and for the blessing of being able to walk again. I desire to share with others what I have discovered through my own healing." – D. Gary Young

Gary Young was raised in the central mountains of Idaho on a ranch with no indoor plumbing or electricity. Learning at an early age to survive off the land, he left home at age 17 to seek his fortune in the wilderness of Canada. He homesteaded 320 acres and began building a sizeable ranching and logging operation. It was here that he suffered a near-fatal logging accident. This accident – which nearly cost him his life – transformed him both physically and emotionally and would eventually impact the lives of countless people in ways he could have never imagined.

After three weeks in a coma and four months in intensive care, Gary found himself paralyzed and confined to a wheelchair for life, according to the doctors' prognoses. Following two years of intense physical and mental challenges he resolved to regain control of his life. He fasted on juice and water for almost a year and finally regained sensation in his toes, marking the beginning of his long and painful road toward recovery. Later, he embarked on a worldwide investigation of natural medicine, from herbology and acupuncture, to nutrition and naturopathy. This relentless research, coupled with an iron determination, enabled him to eventually regain his mobility and ability to walk, although not without pain.

It was this journey that eventually led him to discover the potential of a powerful but little-known form of natural medicine – essential oils. Within a very short time, Gary began tapping the power of essential oils for physical, mental, and spiritual benefits. By 1986 he was able to run a half-marathon, finishing 60th out of 970 participants.

After receiving a master's degree in nutrition, and a doctorate in naturopathy, Gary opened a family practice in Chula Vista, California, and a research clinic in La Mesa, Mexico, where he conducted cutting-edge research in many areas of natural healing. He began investigating the effects that essential oils have on the blood as well as their ability to magnify the effects of other healing modalities, such as herbal medicine and acupuncture. His work was of such magnitude that in 1985 he received the Humanitarian Award from the State Medical Examiner's Office of Baja, California (one of only six ever awarded), for his research and successful treatment of degenerative disease. This research eventually led him to combine essential oils with herbal formulas. 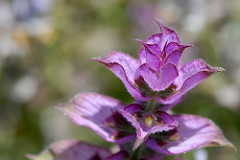 Despite the enormous power of essential oils, Gary was unable to fully harness their potential due to the highly varying quality of oils available at the time. While pure essential oils had the ability to produce spectacular results, Gary found that chemically altered or adulterated oils were often ineffective and even harmful. He soon found that you have to have the highest naturally-occurring blend of constituents to maximize the desired effect.

Gary wanted to share his love of essential oils with their optimal potential with everyone he met, but was becoming increasingly frustrated with the lack of consistency from batch to batch – even from the same supplier... so, he decided to learn all the nuances of making premium quality essential oils that can be relied on to bring consistent results. Building on his clinical research, Gary traveled across three continents and a half-dozen countries to investigate both traditional and modern uses of essential oils, gaining insights on every facet of essential oil production. From cultivating or sourcing the best plants, organic crop management, preparing the harvest, exact distilling processes, even state-of-the-art testing of each batch to make sure the optimal amounts of the natural-occurring constituents are present – he learned it all. 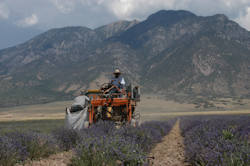 This motivated Gary to develop his own organic herb farming and distillation operation under the name Young Living Essential Oils. This company has grown, from the humblest of beginnings, to be what would become the world's leading essential oil company, on a one-quarter acre farm in Spokane, Washington. 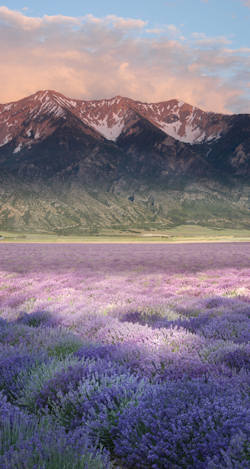 On this small plot of ground, lavender and other various herbs were carefully cultivated. The growing season soon produced a robust, healthy crop. Toward the end of the season, the first distiller was built by welding two pressure cookers together with a swan neck copper pipe. It was placed on the kitchen countertop, and the water for the cooler came from the kitchen sink. This yielded the first tiny batch of therapeutic-grade essential oils.

This young company later purchased land in the pristine forests of St. Maries, Idaho, to expand the acreage available for growing aromatic plants – particularly lavender. The first stationary distiller was built at St. Maries, using the same low-pressure, low-temperature distillation concept from that first kitchen cooker, which allows all of the healing constituents of the oils to be preserved. The point was, and continues to be, to avoid the high pressures and high temperatures that cause a harshness in the oil, even affecting the pH level, as well as the electropositive and electronegative balances. This does take longer, but, with the help of additional distillers, each year, the yield of therapeutic-grade essential oils has substantially increased. The first distiller at St. Maries had a boiler capacity of just over 3,000 liters. Within four years and the addition of six more boilers, the capacity totaled over 34,000 liters! 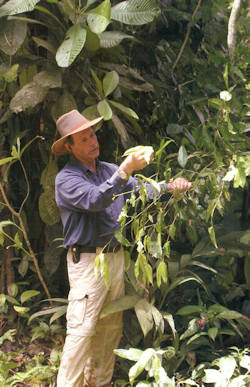 Additional land in Mona, Utah, and Simiane-La-Rotonde, France, was purchased, totaling over 2,000 acres – devoted solely to the production of lavender and other aromatic herbs, thus making these farms the largest devoted to that purpose in North America… and possibly the world! Fourteen boilers were built at the Mona site, which quickly became the main center of farming operations. Combined with St. Maries, the Young Living Lavender Farms own a total of over twelve distillers with a boiler capacity of over 115,400 liters – making it the largest supplier of therapeutic-grade essential oils.

Built on a quest for high-quality, effective products, and the unfailing emphasis on education, it has led it to be one of the fastest-growing companies in the nutraceutical industry. The business has grown from seed to seal premium essential oils, to include nutritional products and skin care. In 2003, the Lehi corporate office was opened and is the current world headquarters, with offices in the USA, Australia, Europe, and Japan, with burgeoning distributor communities in Canada and South America.