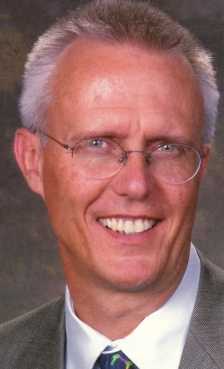 Nine years ago Carl Janicek, a Young Living Gold, experienced a career change. He calls it, “a shift in what I wanted to do with my life”.

“I had been working in a very technical field and was frustrated,” said Carl. “I kept hearing this little inner voice telling me that I needed to be involved in some form of healthcare or healing work.”

Carl's inner voice was so persistent that he decided to go back to school and study homeopathy, nutrition and massage. Carl said, “I spent a lot of time and money educating myself and earning several degrees. After I had gathered all this knowledge and skill, I took a leap of faith, left my job, and opened a clinic.”

Even though Carl found his new work very rewarding, there was a down side. “I was really struggling,” he said. “I knew that helping people was what I was supposed to do with my life, but I was not earning enough to make a living. I spent a lot of time looking up at the stars at night, praying and wondering what to do.”

One day Diane Eskelson showed up in Carl's office. She told him about Young Living. “I was very resistant at first,” said Carl. “I had an extensive education and really did not want to get involved with essential oils.”

But Diane was persistent. “She came back a week later and told me everything all over again. This time she mentioned that I could get a commission for selling the oils. When I found out it was network marketing, I was sure I did not want anything to do with it.”

Even though he enjoyed his work, Carl continued to worry and feel frustrated about his finances.
“Diane called me and said that I sounded very stressed. I told her I was having a hard time financially. Diane offered to give me a little treatment with the oils to help me ‘de-stress.' I gave in and agreed.”

When Diane arrived, Carl reluctantly climbed onto his massage table. “I was unenthusiastic, but Diane was so positive that I went along with her,” he said. “She gently put some Valor on my feet, some Release on my head, White Angelica on my shoulders, some Joy over my heart, and I don't remember what other oils she used.” Carl was amazed by the results. “When I got off the table twenty minutes later, for the first time in a long time, I felt good, really good.”

Carl was so surprised by how well he felt that he was actually upset. “I was a little angry,” he said, “because I had just gone through three massage therapy schools, had bachelors degrees in wellness and nutrition, and had another degree in homeopathy. Now here was something else I needed to study because it really worked. A few days later, I chose to place my first Young Living order.”

Carl says he was very skeptical. “I thought I knew what I was doing. In fact, I think my education got in my way. However, after a few months I was willing to start sharing the oils with my clients.” Carl found that his clients responded very positively to Young Living's essential oils. He said, “I would estimate that at least 95 percent of all the people who tried the oils loved them. The money I spent on my first Young Living order was the best investment I have ever made in my life.”

Carl began building his organization simply by sharing the oils. He said, “During a massage on one of my clients, Rita Anderson, I used the essential oil blend Abundance. When I was finished, she asked me what it was.” Carl reluctantly told her it was an essential oil from a company in Utah. Rita responded, “I want that stuff, how do I get it?” Rita was the first person Carl signed up in Young Living. She immediately shared Young Living products with all of her friends.

“In no time, I was getting a check from Young Living and did not even know why,” said Carl. He soon discovered that, due to Rita's enthusiasm, he was on his way to building a very successful Young Living business. (Rita Anderson is now a Young Living Gold – in 2003.)

Carl's advice to new distributors is to understand the personality of the oils. He said, “People get very technical and try to overanalyze essential oils. I agree it is important to understand the chemical nature of the oils and the science behind them, but I help people to be sensitive also to their own feelings and intuitions.” Carl said people need to use the oils that they are attracted to and that make them feel good. “Selecting essential oils is intuitive as well as scientific .”

Referring to his health clinics, Carl said, “My clinics and classes add validation to the oils. When you see Young Living essential oils helping people day in and day out, you realize that there is something very special about them. My practice is very much geared toward education and awareness. I help people understand what they are doing to themselves. It is interesting that you can talk to people about health and wellness and they seem to understand, but then they open a diet pop and poison themselves. It is a challenge to get people not only to understand health principles, but actually to make the changes they need to make to become healthier.”

Looking back on his experience building a Young Living business, Carl said, “I have made a lot of mistakes along the way, but I learned from them and continued to grow. I have such respect for Gary Young. He is a great example of a man who, regardless of the challenges and obstacles in his path, never gave up. It's how we recover that matters.

“The success in my business has come from the success of the people I have shared the oils with. It's really not about me-this is not a business you can do on your own. Other people's success is my success.”

He continued, “One of the things I like most about Young Living is the relationships you form. It is wonderful to meet like-minded people from all over the world. People in Young Living come from different countries, cultures and belief systems, but no matter the background, we all agree that when you open a bottle of Young Living Lavender essential oil and breathe deeply, something wonderful happens.”

Carl's personal success formula is based upon six concepts:

1. Prayer – “I strongly believe in the power of prayer. That is sort of controversial, but it really is something I believe in. It is so important to take time to give gratitude and be thankful. I know the power of prayer has helped me become more successful in Young Living than I would have been without it.”

2. Personal Education – “I feel like personal education is broader than just information because it also includes experience. My father was very scientific, but he also studied Dale Carnegie. I learned from my father that experience and getting along with others is very important and critical to success.”

3. Take Your Business Seriously – “A common weakness I see in many new distributors is that they do not treat their Young Living business like a real business. If a person spends a lot of money on a franchise and signs a lease on a building, they are going to do everything in their power to make sure that the business is successful. When a person signs up in Young Living, they need to be willing to make the same level of commitment.”

4. Listen – “ You need to really hear what people are saying. We are born with two ears and one mouth for a reason.”

5. Focus – “Distributors need stay focused on Young Living. I do not like it when I am attending a meeting and someone whom I know as a Young Living distributor tries to get me interested in another network company.”

6. Three-Foot Rule – “Anyone within three feet of me is going to hear about Young Living products.”