The Oils Saved My Son’s Finger 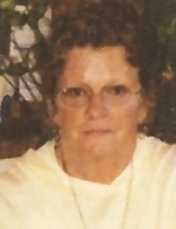 “When I first started with Young Living my son came to me with a swollen finger,” said Deena Wangler. “My first assumption led me to put a little Purification on it. The next couple of days passed and the tip of his finger literally turned sideways, so I took him to our small hometown doctor (who later became a Young Living distributor). The doctor treated my son and also ordered x-rays every other day to check his progress.”

Wondering if there was something more she could be doing for her son, Deena called her upline, Nancy Sanderson. “She told me about combining some essential oils. So I tried it and within a couple of days my son had a very strange bump with uniform dots on the side of his finger. We went to the doctor and he asked me what I was doing. He knew I was using essential oils, but I also told him that my son was still on his medication. That evening, after the doctor's visit, my son took a turn for the worse. I took him to the emergency room. The next day the swollen finger had improved, and my son was feeling better. I thought his problems with his finger were over.”

The next week, Deena was surprised when her son showed her a swollen finger on his other hand. She said, “I did not hesitate. I made an appointment with my son's pediatrician. When I told the pediatrician what was happening, he said to come in immediately. I grabbed the x-rays from our hometown doctor, hoping that they would be sufficient. When we got there, the pediatrician examined my son's finger and took additional x-rays of both hands. When they came back, the doctor did not discuss anything with me but made an immediate appointment with a specialist. “

Deena and her son were rushed out of the doctor's office. They hurried over to the specialist's office, where the doctor was waiting for them. “While waiting nervously in the specialist's office, I wrote down exactly what I was doing for my son's finger with Nancy's suggestions. Then the doctor came in with new x-rays and informed me that my son's new swollen finger was in fact broken.” Deena discovered that her son had been playing a finger game with someone larger than himself and had broken his finger.

“Unfortunately, the doctor informed me that my son's original swollen finger had a serious problem. He showed me the x-ray, discussed how serious the problem was, and asked me what exactly I was doing for it. I told him about Young Living essential oils. He said that the effect the oils were having was amazing.”

Deena said, “The doctor told me to keep doing what I was doing because it was working. He said that we had to come back only if things didn't continue to get better.” Deena was thrilled as her son's finger continued to improve. “We didn't have to go back! My son's finger was okay!” She added, “This made a believer of me! I have never been without Young Living essential oils since then. Now I carry them with me wherever I go and I find a use for them every day.”